At the first AGM, Mr E Lamb, a teacher at the school and former Leicestershire County player, was elected Captain. With the schools agreement home matches were played on a school pitch and temporary changing accomodation used there exchanged for more suitable rooms at the Church Army Social Centre close by.

With its initial 20 members, most of them still only 16 and 17, under the experienced leadership of Lamb, the first Old Aldwinians team had an amazing inaugural season winning 20 games, drawing one and losing only one game.I n the process 560 points were scored with only 214 conceded.

The quality of that side, which went on to have equally successful seasons in 1937-38 and 1938-39, is highlighted by the likes Davies and Waller who gained County honours plus club stalwarts and characters like Frank Bailey and Alan Moss - ( both became Presidents) and Pringle and Draper. However there was one wiry young teenage lad in that first team who went on to win 30 caps for England, captain his country 13 times, during which time he led England to a Grand Slam in 1956/57 and then a 5 Nations Championship the following season.

Eric Evans MBE had a brilliant rugby career but never forgot his roots and he was President of the club from 1958 to 1965 . There will be a section devoted to him in these pages.

Returning to those pre- war years, like most sporting organisation the 1939-1940 season was curtailed by the Nations call to arms and no rugby was played until September 1945.

The seeds of the club were sown and cultivated on the playing fields of Audenshaw Grammar School from the time the school was formed in 1932 and then harvested at a meeting in the Headmasters Office in September 1936.

As the first intake of boys reached school leaving age, the headmaster John Lord, wanted to retain the fellowship established over the previous 5 years and so the Old Aldwinians Association was born to enable Old Boys and past and present members of Staff of Audenshaw Grammar School to continue personal friendships and to maintain loyalty to the school.

The first Annual General Meeting of the Old Aldwinians Association was held on Wednesday 16th September 1936.A General Committee was elected and John Lord became Chairman.Four sections were formed - Dramatic Society, Music Section, Social and Rugby each appointing its own officials. Other sections would eventually be formed within the Association for lacrosse, Tennis, Athleics and Cricket but only the Rugby section had the stamina, numbers and dedicated volunteers to survive to this day.

Function room available for all occasions complete with a choice of hot or cold catering.

Aldwinians will always give you a warm welcome and the beer's not bad either! Diane will do her best to accomodate any requets for functions in the large function room with dance floor or the plush and intimate members lounge 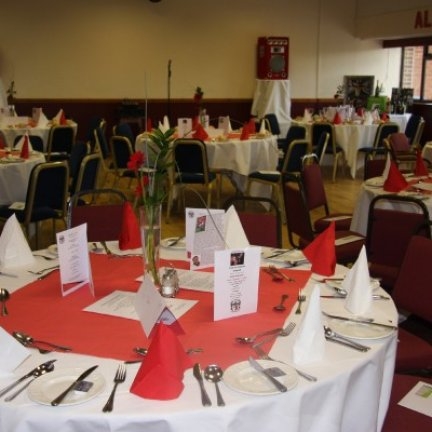 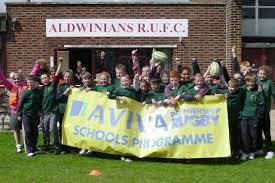