Undoubtedly, Burlington Bertie is a specialist cigar merchant stocking a huge number of different brands of the finest cuban cigars available in the UK. We have a massive variation of cigars on offer and along with a selection of other cigars, such as; cigar humidors, cutters, cases and accessories. The personal, informative and friendly service offered at Burlington Bertie has been tailored to suit customer specific needs and budgets. Whatever your needs, whereever you are we're more than haapy to deliver to you whether it be nationally or internationally.

The cohiba is definatly a remarkable brand of cigar(a Taino Indian word for "cigar") has many myths surrounding its history and origins, nearly all leading to the very top of the post revolutionary Cuban Government. It is said that in the mid 1960's a Cuban soldier serving on the presidential protection detail smoked cigars in front of the President; so impressed, Castro instructed the creator to produce his brand of cigars exclusively for the Cuban government in a high security facility in Havana. Periodically, the exclusive nature of the cigar quiet literally "fit for a president" slipped, allowing lesser mortals access to one of the finest Cuban brands available. The more recently released Sigilo range (meaning "century"), first introduced in 1992 and updated in 2002 / 2003 marks the six centuries since Columbus discovered cigars in Cuba. Among the crÃ¨me de la crÃ¨me of cigars, they are a firm favourite within the Burlington Bertie humidors! A steady, medium bodied smoke across the range is complimented by the strict selection process enforced when the cigars are made, including picking only the "selection of the selection" to ensure only the very best quality.

The Burlington Bertie Humidor, located in the heart of the City of London. The shop is a classical design, like a candy shop to children, whatever you're looking for why not come inside and take you're pick. Another example of just how personal cigars can be to each individual, here is another tale of much one particular kind can suit you. H Upmann was a banker. He became so besotted with the cigars he received from Cuba that he moved to Havana in 1844 and set up both as banker and cigar maker. His bank soon closed but his cigars, each box of which still bears his signature, remain a fine example of an elegant light-flavoured Havana. 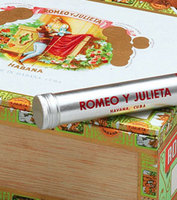 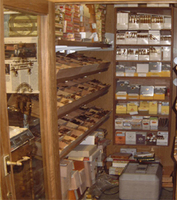