Our friendly staff are available and ready to answer any questions you may have around your landscape gardening needs. For more information, please telephone now and we will be happy to help.

When you get in touch, please tell us that you found us on this site

Unfortunately, we chose A.K. when his business name was Groundforce in November 2019 to build garden decking, his quote was inflated by &pound;4000 compared to other quotes but he fooled us into believing he would give the best job, his approach was charming and polite initially! He was initially on Checkatrade when we found him but was no longer a member by the time our problems arose! Sadly, we agreed to pay in advance the 40% deposit (&pound;5000) he said he needed it to purchase all materials. He did NOT buy any of the materials, they only started provisional works, of poor quality, there were many no-show days and progressed ridiculously slowly with loads of excuses, then left the job never to return. He left our garden and drive a complete mess. Since then, he has been very difficult to make contact with, he does not answer phone calls or messages, emails etc we managed after difficult negotiations face to face to get &pound;800 back on a weekly low rate, but he has now stopped paying us back and ignores all my messages. He has been reported to Trading Standards by us and others. My sincere advice is please do not use him, he should not be trading, it will only bring loads of stress and loss of your hard-earned money. Please note his business is now called M60 Driveways

This tradesmen will rip you off, he takes full payment, starts the work and doesn't complete. We paid in full 7K to get fake grass, patio and fencing done. Work started in January 2020 and now we're in October 2020 and still not complete, our garden looks like a building site, with rubble instead of a patio and fencing panels still leaning against the old fence! He is very charming and polite to begin with, makes promises he will not keep, once he has your money he will ignore phone calls, text messages, emails etc we have taken this man to court and is now in the hands of the bailiffs. Don't be an idiot like me, get someone honest, reliable, trustworthy and hardworking! He arranges days and times to come and doesn't turn up or even contact to let you know (not great when you have arranged time off work), he goes off the radar for weeks and months at a time. Don't waste your time, get a professional in not this cowboy!

Avoid ANTHONY KERRIGAN.This man ripped us off with the work of Artificial grass in our back garden! He was paid fully in cash upfront before work was finished!He never put any MOT in area or Weed Membrane.Job was left unfinished with terrible joins,cheap artificial grass and not what we paid for,screws and Stanley Blades left in grass,pieces of grass just laid down to hide poor workmanship and left waste soil on public road in a pile for 3 days! The list goes on! He ignored many calls and emails until I mentioned the Police! BROKEN PROMISES! He uses delay tactics. We have reported ANTHONY KERRIGAN to ACTION FRAUD as well as others we know who have been ripped off, they also have reported this! Trading standards have been informed! He still states he is on checkatrade but has been barred for poor work, and my builder .com has expired him! Beware of him connected with M60 DRIVEWAYS (I have proof of this!) and so do the relevant Authorities! If you have had this report him to Action Fraud

Beware of this company!

Avoid this person Mr Kerrigan of Groundforce in Manchester at all costs.This man we paid &pound;1900 to him and he has left our garden in a mess and will need doing by a professional. We had agreed with him to to dig up and lay down artificial grass on top of a fully prepared surface. All waste was to be removed the same day. Work commenced on the 2nd of June 2020, and they turned up at 10.37am. He then left his worker to dig up soil and left. At 13.15 he returned when garden was dug up, and the waste was put on the public road, he insisted somebody was picking the waste up before 5pm that day, and then made excuses and left with his worker. 5pm came and the pile of waste had not been removed so I kept calling him and messaged him with no response for 2 hours. When he did eventually answer he said it was too late to get it removed and it will be removed the next day 3rd June. He and his worker arrived on 3rd June at 10.26 with his 10 year old son. He said his son was there to watch and learn. His son ended up working, swinging a pick axe, drilling concrete, and pushing full barrow loads of soil. The wooden edge around the perimeter was put in. He and his son left at 11.17 and left his worker doing the work. We left him to it as we had to go out and returned at 15.35. By this time the most of the artificial grass was laid down and so we paid him &pound;1800 in cash thinking work would be completed this day. Ten 2minutes after paying him he said there was not enough artificial grass for the area and it would cost another &pound;100 We gave him the &pound;100 in cash then he said he would be back tomorrow with the grass to finish the work. We said about the soil waste had still not been removed and he promised someone was on their way to remove this, also he said he would send a receipt for the cash paid to him later in the evening which was not sent. They all left at 16.12. Nobody came to pick up the waste this day and he kept ignoring our calls to him. Later that evening we knew things were wrong then he eventually answered our calls and said he would remove it the next day and finish the work as he was picking up the artificial grass in the morning. He picked the waste up on the 4th June but never came back to finish the work. Once again he ignored our calls until the 5th June when he made more excuses up. We told him that if he never finished by 6th June we would call the police, and he turned up on the 6th to finish and left. The artificial grass looked appalling where the joins was not done properly showing gaps, screws were not screwed down, glued down pieces had nothing to stick too and lifted up, pieces of artificial grass were just put in areas to hide mistakes, and we found out the artificial grass was cheap and not the product he said it was. Also we have cameras in and out of our property and this showed everything. He never laid any weed membrane or mot in the area, and at that stage we realised we had been conned by this man. He kept saying he would come back to sort the problems out but it took ages. When he did come back out a week later to finish work we still never had the receipt for the money paid to him but we got him to sign a receipt in the kitchen which he was very reluctant to sign which was filmed and witnessed as I had doubts it was his signature. He left the garden in a mess without sorting out the problems and since then we decided to take court action over this through Money claims and have reported him to (Action Fraud Police) and now have a Crime Reference Number) as his conduct falls within the definition of fraud, also he has been reported to Trading Standards, and we have spoken to check a trade who said he has been banned because of bad workmanship and my builder. com have stopped his account. He still advertises he is part of these.Also we have requested copies of his Insurance and City&Guilds certificates but this has been ignored. He also has recently started up a company called M60 DRIVEWAYS. BE AWARE!

Avoid at all costs

Avoid this company at all costs! We wanted artificial grass laid down. We paid nearly two thousand pounds in cash before job was done. Work started on 2nd June 2020. They never laid any MOT or Membrane down as per quote. Cheap Artificial grass was laid instead of top of the range. Very poor finishing! Joins in grass are pathetic, pieces of grass just put down to hide mistakes. Gluing down is a joke! Left soil waste on road for 3 days when it was meant to be gone the same day. Hardly any hours work done. He had his small boy working, swinging a pick axe, drilling concrete etc which I have found out this was illegal and have reported it to the relevant authorities. No Covid-19 measures were in place and I have a lung disease! Still a mess and we are left with a useless garden. Due to him cutting corners and not preparing the area properly the artificial grass is now useless as the female dog urine has nowhere to go and smells bad and now we can't let our dogs urinate on this. He just Ignores calls and emails! When you can eventually reach him he tries to cover himself by saying he will fix things but it's just a stalling tactic he uses. We have taken court action against him now because we have had enough of being conned. Trading standards have been informed. Also I have contacted ACTION FRAUD to complain and now I have a crime reference number. Also Trading Standards are looking into this. He has been kicked off checkatrade and Mybuilder but still uses their logos and certificate in pictures which has also been reported and they have told me that is a criminal offence by not taking them down. If there is anyone else been sucked in by him please contact action fraud. I am already in touch with other people who have had these problems with him and I strongly recommend that if anyone reading this has had same issues with him get in touch with action fraud. I have pictures screenshots and evidence of his stalling tactics etc.

Leave your review of Groundforce 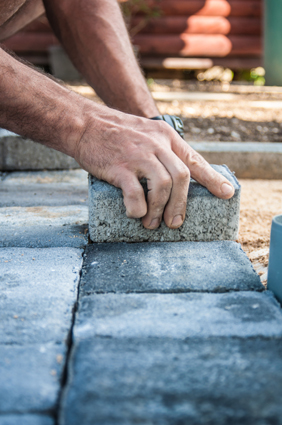 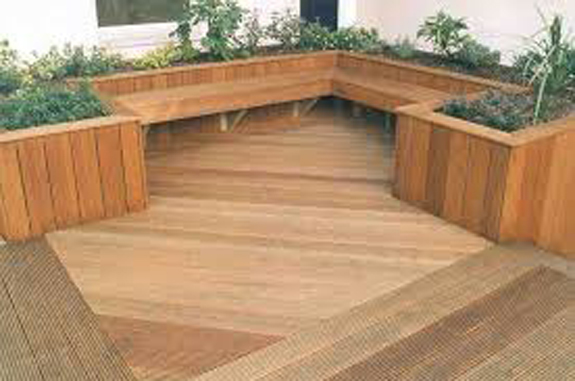