J.T. Brookes & Co. has been established as a funeral directors in Brierley Hill for over 100 years now. Located on Mount Pleasant in Quarry Bank (opposite the school), it has serviced the local community and along with Higgs & Co. solicitors and Bathams Brewery, is one of the oldest, most established companies in the Black Country.

It's appearance has changed slightly over the years, with its role now as the head office for N E Downing (Blackheath) Ltd. It also incorporates other old Funeral Directors from the local area including L.C. Pearson of Holly Hall and Wheeler Bros. of Brierley Hill. 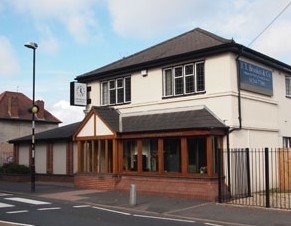